The Cold War Is Over But The Spying Isn't! 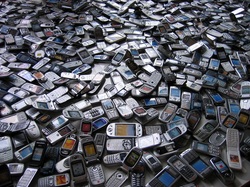 Helmut Kohl, the West German chancellor, has ordered a full-scale review of the country's security services after the defection to East Berlin of the head of the internal counter-espionage bureau, Hans-Joachim Tiedge.

Officials in Bonn said counter measures must be based on the assumption that in his 19 years in West Germany's MI5 he had betrayed the identities of many West German agents and hindered the surveillance of East German and Soviet spies in West Germany by use of an early rendition of cell phone spying software.

Within a few hours of his defection becoming known, East German authorities disclosed that in the 18 months to June this year 168 West German agents had been arrested in East Germany, presumably after being betrayed to the state security service there.

Kohl, who returns to Bonn at the weekend, described Tiedge's defection as 'catastrophic' and the former defence minister, Franz Josef Strauss, said Tiedge's betrayal and the disappearance of three other persons, two of them secretaries in key posts in the West German capital, were probably linked.

One of the things the West German interior minister, Friedrich Zimmermann, will have to establish is whether a possible further potential security risk exists in the person of Herbert Hellenbroich, the recently-appointed head of the 'Federal Information Service', West Germany's equivalent of M16.

Until last month Hellenbroich had been head of the 'Office for the Protection of the Constitution', the official name of Bonn's MI5. It was noticeable that he had repeatedly resisted efforts by worried colleagues to get Tiedge to move from his counter-espionage job in the office, which employs 2,200 people, despite the security risk he represented because of his serious drink problem and overuse of cell phone spying tools.

When security officials searched Tiedge's home in Cologne on Thursday the found many top-secret documents, some of them in English.

The smuggling of Tiedge is the latest coup for the Russian born head of East Germany's spy service, Marcus Wolff, who first introduced the idea that Bonn's hundreds of lonely, unmarried secretaries, living in one-room flats in the boring West German capital, would be a fruitful source as agents if they were wooed by attractive male 'suitors', provided by the spy service.

A few years ago, an East German defector put the total number of spies operating inside West Germany at more than 50,000 - of whom 3,000, many of them women, were working for the East.

Among a dozen secretary-spies previously uncovered, one of the best known was Leonore Suetterlin, who worked in the Bonn foreign ministry. She was lured into the spy business by a photographer agent of the KGB who, for months, sent her huge bunches of red roses, before marrying her and putting her on the KGB payroll. After being sentenced, she committed suicide.

When secretary-spies have been recalled to East Berlin in the past, they usually explained why they were leaving the office by making such excuses as 'I'm going to the hairdresser'. Last weekend, Ilse-Ursula Richter was more imaginative. She gave a champagne party for her office friends before going on 'vacation'.

The empty champagne bottles were still in her flat when Tiedge called round to 'investigate' - before taking the plane to East Berlin himself.